I recently had an enlightening exchange with my client Blaire Grady on the issue of the capitalization of “Black” and “White.” She shared several articles with me, each from a different perspective, which ultimately led to a shift in my opinion. Here’s why.

Racial Identities in Literature: To Capitalize or Not?

“I don’t think this needs to be capitalized.”

That was the comment I left in the margins of Blaire’s manuscript. It referred to her use of the capital form of Black when describing a person. I did the same later on when she capitalized White. (You may notice that I didn’t actually change it–just made a note. I think it’s important, as a fiction editor, to ask questions about things that aren’t obviously, GLARINGLY wrong before changing them. In this case, it definitely paid off!)

Blaire and I are sharing her manuscript with Google Docs (who has the money for Word?) so she was able to comment back quickly. Her response went thus:

I read a compelling argument once about why we should capitalize “black” and these reasons date back to Du Bois’ time. I’m truly torn on whether to capitalize “white” because some Black people think it’s essential for certain reasons while other Black people feel it’s insulting for the same reasons, why we need to capitalize “Black” in the first place… colonization and continued white supremacy. But I do feel strongly that “Black” should be capitalized. “African American” is not wrong though I think it’s inaccurate to a large degree since it aligns with the use of “Anglo Saxon” as opposed to “White”… the Chicago style article below quotes “if we are going to capitalize Asian and South Asian and Indigenous, for example, groups that include myriad ethnic identities united by shared race and geography and, to some degree, culture, then we also have to capitalize Black…” and for that reason I’ve capitalized “White” as well.

Girlfriend had done her homework–way more than I had! She also shared several articles with me:

As I read the articles, I realized several things. First, that I, someone who prides herself on trying to see things from multiple points of view, had formed an opinion on this particular issue based solely on my own experience. Second, this writer has done more research on style than I, an editor, have (ouch). Third, something that seems fairly innocuous, a simple matter of preference and style, can become very important.

For context, Redfin is a science fiction story set several decades in the future. It’s a post-apocalyptic dystopian-type deal, which is right up my alley! In it, rural life has devolved back into a sort of sharecropping society, and race is a large factor in determining which role a person fills in that society.

For more context, let me tell you a little bit about myself and my upbringing.

Firstly, I have light skin. I am, though I cringe to write it, White (I also cringe to capitalize it, but I will get to the reasons I have decided to). Mousy-brown hair, liberally interspersed with gray, which I dye sporadically. Green eyes. I’ve lived with the advantages of being a pretty little White girl my whole life. While I’ve probably come into contact and befriended a larger variety of people than your typical Alabama girl, it doesn’t change the fact that I am privileged.

Having said that, I am fortunate to have largely escaped the hateful racism that has been drilled into many White Southerners growing up. My family rarely, if ever, mentioned race. I learned later in life that my Grandfather was ostracized at NASA for befriending his Black coworkers. Though I grew up in a mostly White suburb, I attended Magnet Schools from Kindergarten through High School, and consequently made friends from all over the city, people I never would have met otherwise. My K-8 school was 60%/40% White/Black (with a few other ethnicities thrown in), and in High School that percentage swapped.

The first time I heard the “N-word” was in seventh grade. A girl who had transferred to our school the previous year (which was always a big deal, as each grade had only about fifty students) got mad at one of the boys I’d gone to school with since Kindergarten and hurled the hateful epithet at him. When I heard about it, I didn’t get what the big deal was. I was like Hermione the first time Draco called her “Mudblood” (in the book, of course; somehow she already knew what it meant in the movie)… except it wasn’t directed at me. I don’t remember who explained it to me, but I do remember the moment as a sort of loss of innocence. Somehow, even having learned about the Civil Rights movement in Social Studies, it never hit home to me that that sort of racism existed. Until then, it was an esoteric concept that didn’t affect me or the people around me.

Boy, did she get in trouble.

As an adult, while I struggled to find steady employment, I often worked temp jobs at warehouses. At these jobs, I worked alongside people from all walks of life (well, at least working-class folks), including quite a few immigrants. I spoke halting French to one man from Haiti that I befriended, and tried to learn at least “Hello,” “Please,” and “Thank you” from others who spoke languages I’d never learned. A group of Hispanic ladies and I teased a guy I knew, calling him “Guapo” because he was so cute. People are people.

Which brings me to the reasoning behind my aforementioned lack of desire to capitalize “Black” and “White.” People are people. To me, capitalizing a skin color only served to emphasize the differences between us, rather than bringing us together.

However, just wanting something to be a certain way does not make it so. Like it or not, our skin color does affect our identity. When you read “A proud Black woman,” the image conjured is richer, with layers of connotation that wouldn’t exist if I’d written simply, “A proud woman,” or even “A proud black woman.” Leaving “Black” lowercase doesn’t do the phrase justice; it serves to undermine the culture that exists behind the term and downplays its significance.

As much as I’d like it to be otherwise, the color of our skin divides us. It affects our lives in ways that are completely and utterly unavoidable. I have been ignoring this fact–no, hiding from it–and I’ve got to stop.

In the past year or so, the issue of racial inequality has come to the forefront of our national consciousness (we won’t talk about how it should have been for years already). How would that not change the way language addresses race, even peripherally? Granted, in fiction, we have a lot more freedom in the way we express ourselves than, say, a journalist, would, and style ultimately comes down to personal preference. However, that doesn’t mean we shouldn’t take our culture into account, especially in stories such as Redfin that deal with issues of racial inequality.

While most people agree that “Black” should be capitalized, there is much debate over whether “White” should receive the same treatment. I won’t go into all the arguments here (the articles Blaire shared with me, and I passed along to you earlier do a much better job of outlining those than I ever could), I will summarize a few. Persons of Color have been maligned for so long that they deserve a “leg up,” so to speak. Capitalizing “White” can carry connotations of white supremacy, something that is definitely to be avoided. However, I will quote the CSSP article, which ultimately made up my mind on this matter: “To not name ‘White’ as a race is, in fact, an anti-Black act which frames Whiteness as both neutral and the standard.”

This reverberated in my skull for several minutes. I was already leaning toward this (a holdover from my reluctance to treat people differently if I can possibly avoid it) but this clinched it. As much as I want to separate my skin color from my identity, society has denied me that luxury. Of course, with all the other silent privileges I enjoy, it would certainly be ridiculous of me not to accept this one burden. I have to admit that my race has affected my life, has made things easier for me, just as being heterosexual and cisgender has.

All I can do is admit this privilege and do my best to support my fellow humans–while admitting that I cannot possibly understand what they are going through because I have never been forced to endure it. 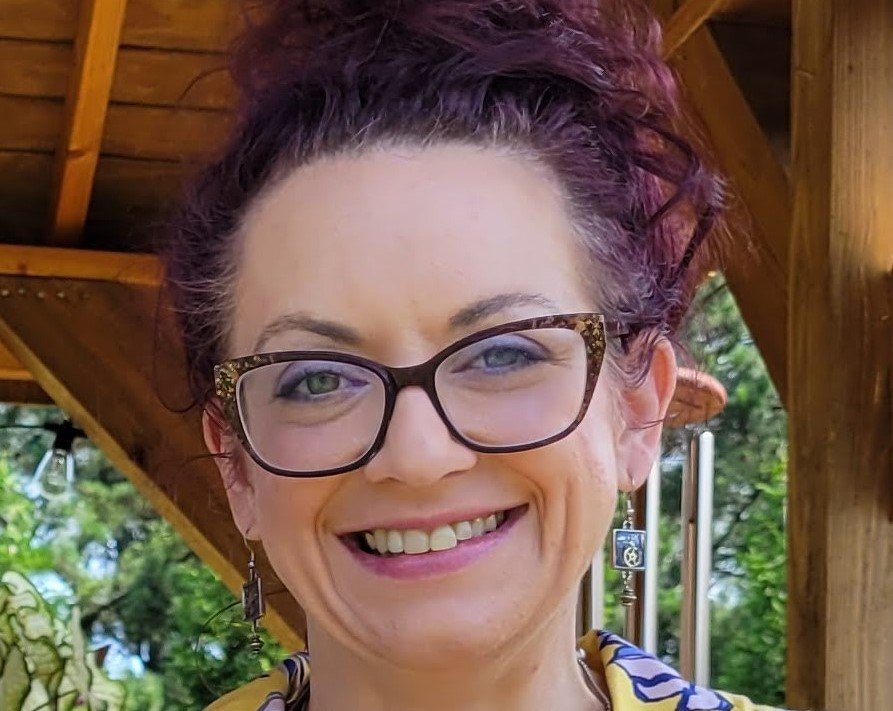 Michaeli lives in Harvest, Alabama with her fiance, Mark. They have two cats, Henry and Louise, and live the quiet and satisfying lives of two nerdy introverts. In her spare time, Michaeli enjoys playing the piano, singing, playing JRPGs, Tabletop gaming, and (of course) reading.

Michaeli lives in Harvest, Alabama with her fiance, Mark. They have two cats, Henry and Louise, and live the quiet and satisfying lives of two nerdy introverts. In her spare time, Michaeli enjoys playing the piano, singing, playing JRPGs, Tabletop gaming, and (of course) reading.